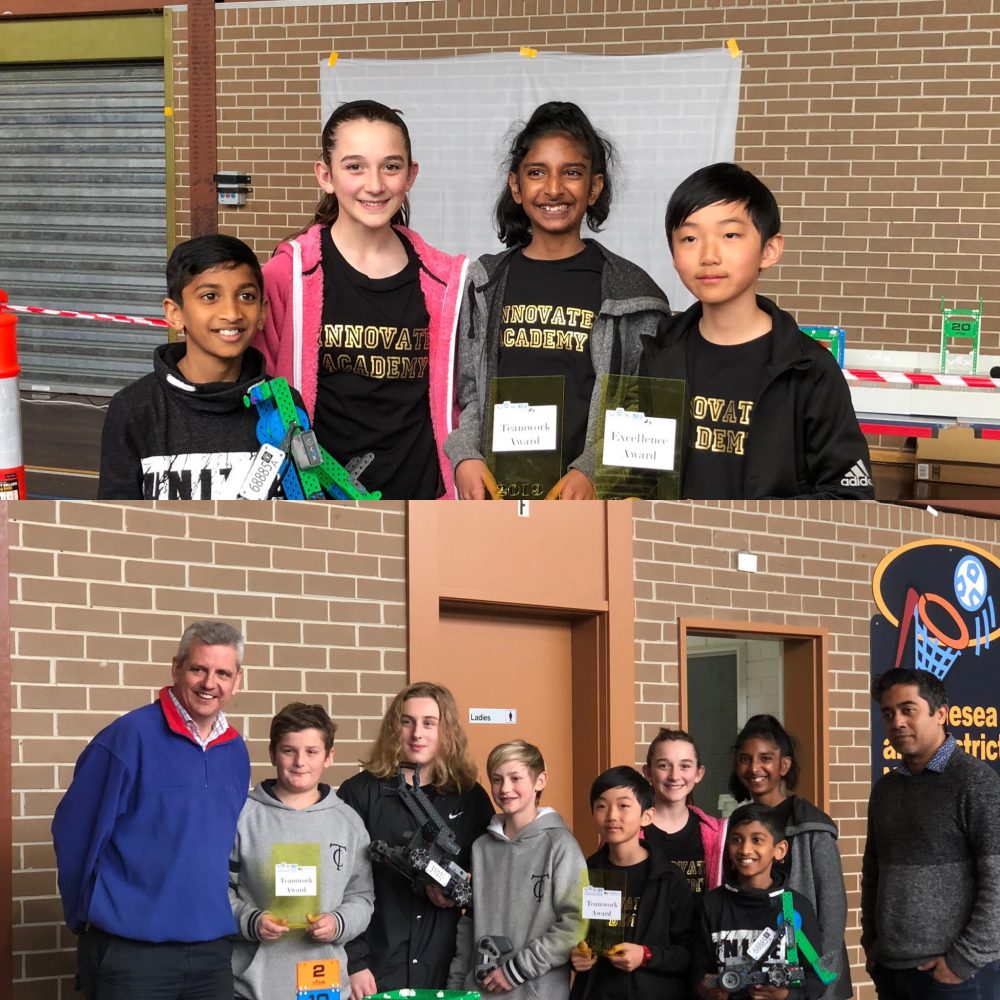 VEX IQ Middle School Robotics Team 68885A, Season 2019 – 2020. This Innovate Academy team will be participating in the VEX IQ Robotics Competition for the year. We wish them all the best! May the force be with you!